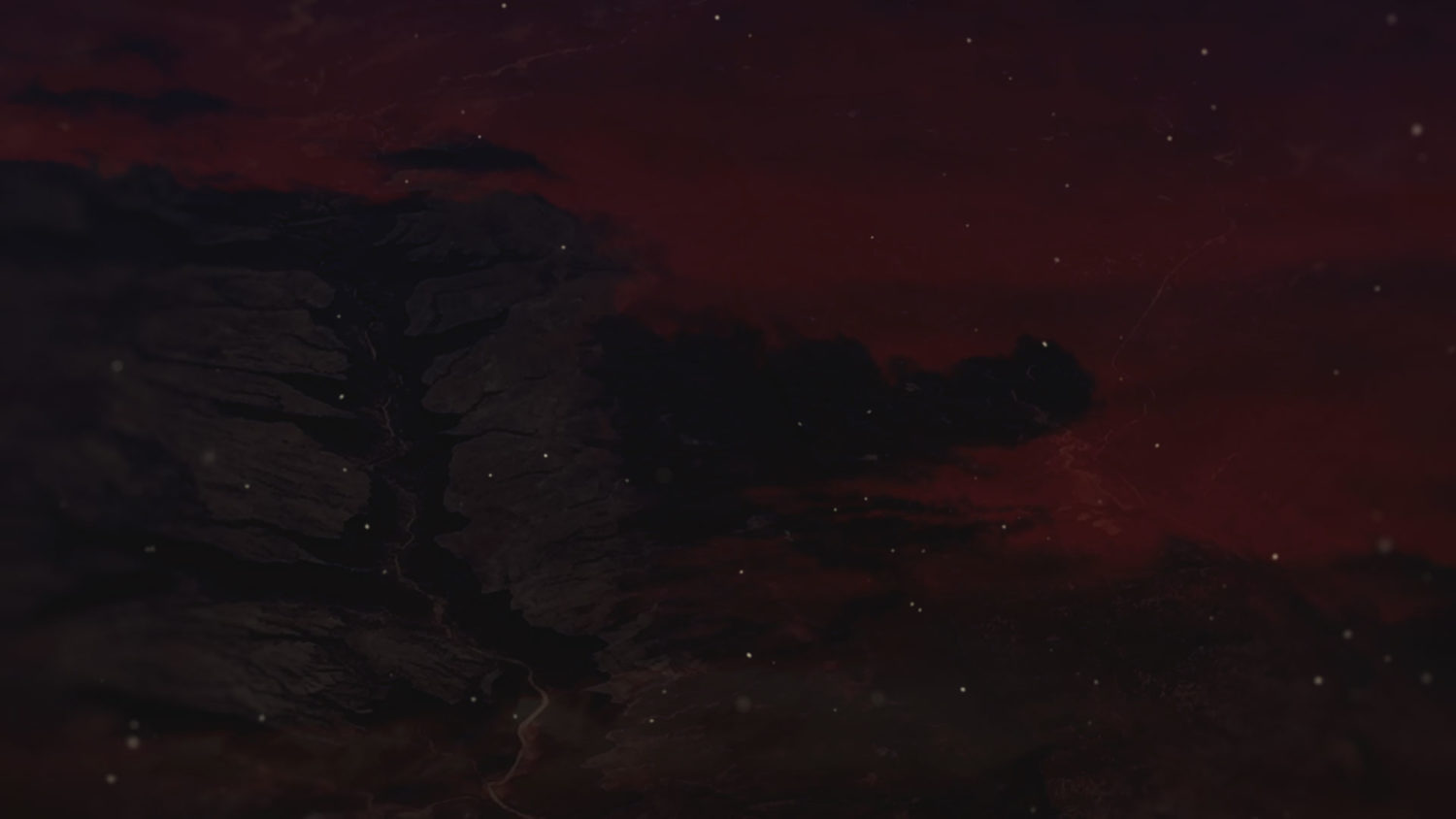 In 1 6 3 0 you will interpret a man or a woman who has been living in Ravenwood for generations. Since 1628 the village has managed to become invisible, hiding safely behind its fortified walls that keep the perils of the outside world away.

Inside, life goes on as if nothing has ever happened. Apparently.

You will have an authentic experience of the life in a 17th-century Italian village. A real and self-sufficient village populated by farmers, merchants, artisans, and notables who desperately seek to fight their fate and make it through the day.

You will impersonate a villager of Ravenwood, you will live with your own family, you will devote time to carry out the tasks required by your status and profession, you will observe customs and traditions of your community, you will face the everyday problems of a man and a woman living in a small 17th-century Italian village.

What will you do when the winds of change start to blow? And how will you react to the threat of the terrible disease?

THE THREADS OF DESTINY

The 17th century is a dangerous time when people’s lives are easily and constantly under threat. Characters will have to make momentous choices about their own lives and about those of the people they care most.

A tragic and fierce belief pervades the world. Human life is fragile and short. One must seize it before an ill fate takes us all where we do not wish yet to be.

In 1 6 3 0 there aren’t ‘minor characters’, each character is unique and plays an important and specific role in the community. Characters are defined by four main aspects: the Family, Trade, Society and Club they belong to. Each of these domains influence the characters’ background, inner questions and ways of being.

The outlines of the characters will be online soon, in the meantime here’s a preview of the four main domains:

The extended family is the underlying element of Ravenwood.

The village has always been divided into five families, each with its manners, traits and trades.

House Axtons is the richest and most influential family of Ravenwood. In accordance with a Pontifical Mandate, they have been ruling over the town with skillful hands for years. Naturally conservative, the Axtons oppose change at all costs. They believe that for the good of the village things must stay as they are. These are harsh times and sudden political instability might be disastrous.

FAMILY TRAIT: Conservative [do whatever you can to preserve the status quo]

House Beckwith is the most religious family of Ravenwood, and one of the most educated as well. Traditionally traders and prelates, the Beckwiths are fervent Christians who lead an obstinately modest and law-abiding life.

FAMILY TRAIT: Cautious [do not face dangers head on]

The Copelands are great craftsmen and shopkeepers, and the owners of the village inn as well. They are known to be reliable people who keep their promises. In town everyone knows that once they make a commitment, they will do whatever it takes to honour it.

FAMILY TRAIT: Trustworthy [when you make a commitment, you do whatever it takes to honour it]

The Digbys are the biggest but also the poorest family in Ravenwood. They take care of all the hardest and most humble works, and for this reason they may be considered to be the true backbone of the community. Renowned for their resentful character, the Digbys take vengeance for all the grave insults they suffer.

FAMILY TRAIT: Resentful [you repay all the insults you suffer]

The Elfers are the only Jewish family of Ravenwood. They carry out ordinary tasks and petty trades usually related to the handling of money. They are not as poor as the Digbys, yet they are almost regarded as a foreign body to the village. Rumour has it that for them everything has a price and that they always find a good opportunity to make a profit. They manage trades and transactions with the outside.

FAMILY TRAIT: Greedy [make a profit out of every good opportunity]

In Ravenwood all must do their part for the village to survive and prosper. Your trade is your profession, your active contribution to the life of the community. Your trade also establishes your daily routines and way of living.

If you find an asterisk beside the name of your trade, it means you can read. If you want to pick a trade you are not acquainted with, don’t worry because we will make available plenty of tutorials to get you to know the basic skills of your profession.
Trades can be played by both sexes (except for the Mayor and the Parish Priest who must be played by men for reasons of historical accuracy). 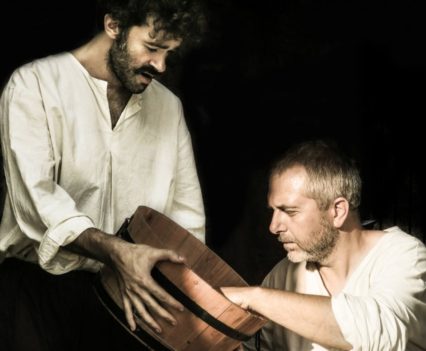 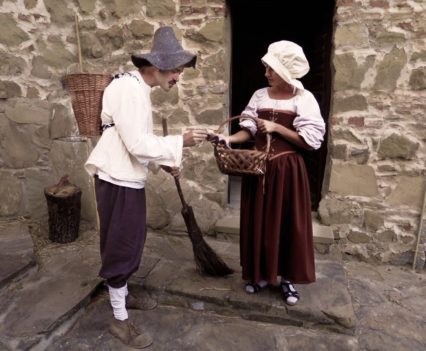 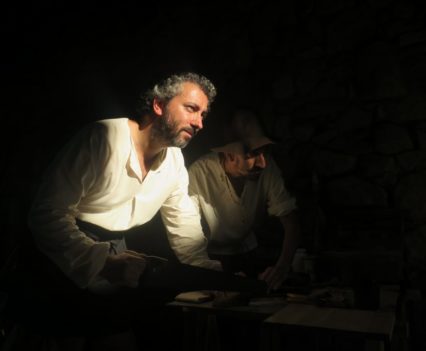 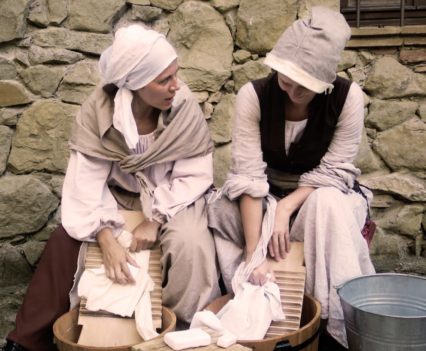 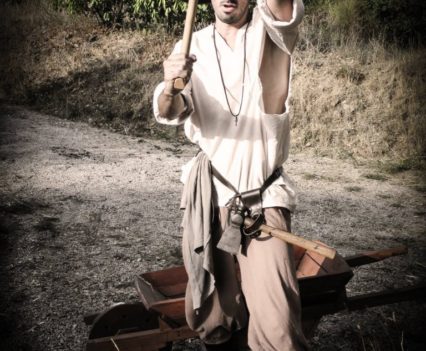 The societies represent groups of people who share a common philosophy or vision of the world.

THE SERVANTS OF CHRIST

The Servants of Christ are a lay confraternity characterised by a profound religious faith. The Servants believe that penitence, self-abnegation and the rejection of earthly vanities are the means to atone and to obtain the cessation of divine punishment. The most fervent members of the movement practice bodily mortification and self-flagellation to ward off wars, famines, and plagues. 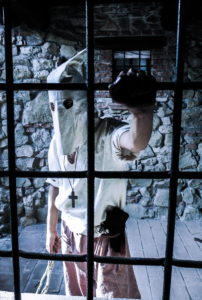 The Searchers are individuals intrigued by the emergence of  modern science. They seek to understand the world around them through a proto-scientific analysis. They are fascinated by man’s ability to fathom God’s project in nature and try to decipher the mysteries of knowledge through an ongoing avid research. 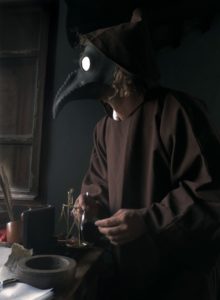 Of all the various societies in Ravenwood, the moderates are those who figuratively stand in the middle. Always aware of the power forces in the village, the Moderates try to keep harmony and order among the various groups (True Servants of Christ, Searchers and Jews) through compromise and agreements. As silent observers, they listen to disputes and debates without taking sides: they represent the impartial and unbiased voice of the village. 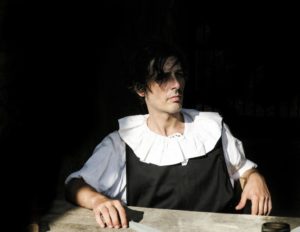 The Elfers have lived in Ravenwood for several generations and are quite integrated in the community, even if some villagers are still distrustful because of their different creed. They have kept all the traditions of their religion and their customs about food and festivities. 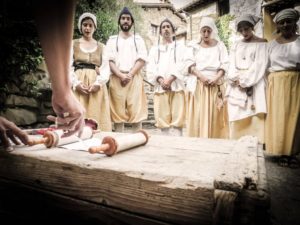 In Ravenwood, people with common leisure interests meet in Clubs. These clubs basically represent hobbies and activities that entertain Ravenwood villagers after a hard day’s work.

HOW CAN I GET A HISTORIC COSTUME?

Don’t worry! We will help you find the perfect costume by providing images and insight on how villagers of the time were dressed.

If you wish, you can rent your costume at a very affordable price! We work together in team with and exceptional historic costume designer: Maria Guarnieri. Go to Costumes Page.